října 09, 2013
The historical news concept on Czech Wikinews was and maybe it still is an attempt how to extend the Wikinews scale. The Wikinews with historical news were meant to be more then just a current affairs web, although this task should have remain the main goal of the Wikinews, but they should also serve as an archive of the news of the past.
This blog is about the project of Czech Wikinews historical news, what they meant to be, where they are and what happened to them.
You can read the blog all or - if it is too long for you - the conclusion is there for you at the end.

One of the main features of the Wikinews is their not-so-wikiness and a short lifespan of their articles. It all relates to the very nature of the news - they have to be published very fast, they are supposed to be quite short and they are usually less attractive as they become older. All that contributes to the fact that the Wikinews articles are usually written by just one writer, probably copyedited by another and published (this is the procedure on English Wikinews, or they are even published before the copyedit and copyedited later on other Wikinews - and that is like on Wikipedia). But with publishing, the articles usually became also finished. The basic feature of wikis, including Wikipedia (their wikiness) - the chance and/or the task to enter an old article and improve it - is not used often and on some Wikinews, including the English Wikinews, it is in fact practically forbidden, as the published articles become archived and locked from further edits.
The number of visits of any news article on Wikinews also drops rapidly as the article becomes old - and that acts against the wikiness of Wikinews, too.
I want to mention, that while these remarks are also stressed by many critics of the Wikinews concept in general, they are not all of their reasons to speak against Wikinews, nor the main ones.
What I think they are: A factor that further weakens the thrill to contribute to Wikinews. Making Wikinews content live longer and be longer attractive to the readers, it can be a way to make them more attractive to the writers as well.

Although I proposed the historical news as a rather new concept, my final step was provoked by the impulses from outside. Besides the Wikinews character in general, described above, there was one more last impulse that was more Czech Wikinews specific. The community of the Czech Wikinews has been small since their launch and the traffic there was rather light. When the current topic was not covered immediately it was lost for Wikinews. It was Wikimedian Danny B., who several times asked to allow older topics to be covered later.
There were two ways how to do that. I can name the first one the anniversary news. It means writing articles like:


The people in Czech Republic commemorated today the death of their patron St. Wenceslas. He was killed in 935...

Or on similar note, but less anniversary-like:

The other way was to write the historical news: To return back in time, and publish a news article as it could have been written the proper day. And, that is important, mark it with the date of the news, and maybe also with the date when the news was written, like:

But considering this possibility, which was quite plausible to the community (with some individual exceptions), I thought more: What is the difference between writing the September 22, 2013 news today - and writing the September 22, 1803 news today? And in fact, I did not find many.
And the concept of the historical news could be even more useful as it can help with another matter:

The way how to make any current affair news article live longer on Wikinews, is to put it into context of past articles - in thematic, geographic, time relations etc. However, the project does not have its own long history; the first Wikinews articles were written less then a decade ago, which limits the material to be used for depicting the context. Anyway, the author who is able to write a current affair news article shall be capable to reconstruct a news article from the past. And this is how the historical news should have been written.
I wrote the historical news guideline in October 2011 and started a discussion on the topic. Here is just a short summary of the guideline: the historical news are written based on the news sources (newspapers, journals, later radio and tv news and finally websites). They are based only on a knowledge that was available at the date of the news.
The time limit of the historical news was first set on 1800, as the modern journalism was already established in Czech lands at that time and the news sources should be available.
During a period of about half a year, 56 historical news were created, the first about a fire of the Czech National Theatre in 1881, then another about a Czechoslovakia football team match in the 1958 World Cup and others followed, mapping events of global importance as well as minor curiosities.

There were few tasks how to deal with historical news. To popularize them, the portal:Historické zprávy in the portal namespace was created. It copied the structure of the Wikinews main page, but the most recently written articles were listed (not the articles about the newest events). As all the portals were removed this year from Czech Wikinews, you can see the historical news portal as archived in a user's namespace.
The other way to promote historical news as well as old current affairs news was to make the Today in the past section on the main page and on the portals. However, this plan has not been carried out yet. Also linking the old news into the new ones in the Related news section was a way how to relive the old articles and historical news.
To be transparent to the readers, all historical news were marked by a template. It says:


This is a historical news article. It is based on contemporary sources and can contain information that was later falsified or they judged the event in a surpassed way. To add context to the news we recommend you to find more information in Wikipedia, in the Related news section, in the list of news linking here or in categories containing related news.

As you have already probably mentioned from the historical news template text, there are two major issues that occrr when the news articles are written now from the past news sources. The author can find that the source is wrong in facts or is biased in evaluating the event.
The historical news concept, as I proposed it, however tries to bring the contemporary, not today's way of understanding the event, and it keeps the information incorrect, if they were assumed or published as correct at the date of the news.
I can't stress it enough that it could be highly controversial and even harmful as in past, just like in the time of wars, which are themselves very sensitive topics, the sides tried to distort the information and they even ran disinformation campaigns. In Czech Republic, we have our immediate experience with the Communist era propaganda and censorship in the news sources. And even without these extreme forms of inaccuracies in the news sources, there are countless examples of libels, allegations or even criminal charges that are dismissed much later after they had been published.
Nevertheless, I do not see any way how to solve the issue otherwise then marking the historical news properly and point the reader to further places where he/she can get the information that corrects the faults and biases.
Let's see it from the other side at the end: This issue in fact applies to the current affair news, too. It can also become known, sooner or later, that the facts that are written in the current affair news article are not correct or that they are distorted from just a single point of view. It means that for the historical news this should not be a disqualifying issue as it is natural for the news in general.

Reception of the historical news proposal and concept

I promoted the historical news at the Czech wiki-conference in 2011 (PDF version of the presentation is stored on Wikimedia Commons) and wrote an article about them in the Wikimedia Czech Republic Wikimedium bulletin (download here). These are places where you can read more about the idea (in Czech only).
The reactions varied. The most positive way could have been joining in writing the historical news. In fact, of the 56 historical news (3 % from the current amount of Czech Wikinews news articles and 2.5 % from all the content pages there), if my data are correct, I wrote 51, the other five were written by five other authors. Several other wikimedians supported the idea saying it can draw up more writers and readers, but did not take part themselves. As the full implementation was not finished, I cannot estimate the real potential of the idea, but a boundless optimism is not adequate.
On the other side, there was a sharp oposition to the idea from just one editor, Tchoř, who said for example that the historical news are:


nonsense fiction; making the historical news up does not have anything in common with news-writing and potential nonsenses can pose a threat to trustworthiness of my (Tchoř's) work.


even if the historical news will be correct on the level of hard data, it is rather probable that with its style or mood, it will completely miss the atmosphere of its age and the image created will be skewed.

The historical news concept was proposed in 2011. The issues that shall be solved were found soon, especially the issue of biased sources or information that proved later to be incorrect. As in all the other issues, the final deal was left on the reader, who was properly informed, what kind of news he is reading and what problems he may tackle.
The reception of the historical news was mostly positive, but the active engagement in creation was quite limited. There were total of 56 historical news articles written, which is 3 % of the news articles on Wikinews at all. But the following table provides better comparison, as it includes only data since the start of the historical news project:
As the full implementation was not finished, it cannot be evaluated, whether the historical news could provide the longevity of articles (whether the historical news and the old current affairs news could be read more after they become old). There are no data whatsoever whether the project could draw more attention to the Wikinews, as this was the most appreciated thing it could have brought.
I have cut my connections with Wikinews last year after some disputes and community crisis. The development of historical news project stopped at all, while the development of the Czech Wikinews is questionable now.
Nevertheless, I still believe in the future of the Czech Wikinews as well as in the future of the historical news. 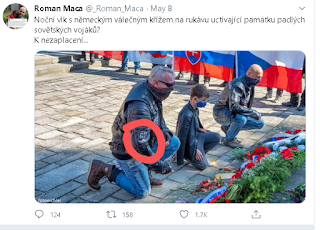 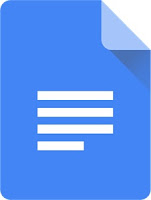 see my page at Meta Wikimedia.